During my composition period of splinters of ebullient rebellion, the unique political era we experience at the moment has manifested itself in more and more fierce ways. Politicians or global market forces are certainly not the only ones who influence the development of society nowadays. Innovative methods and messages from “ordinary” individuals that leave a sustainable impact on the political discourse are increasing day by day. Humble but bold initiatives spread like snowball effects through social media and have become an obvious part of the news reports.

In times when the official discussion is moving with accelerating speed in diametrically opposed directions, we hear politicians tirelessly lament the deplorable status of the opposite side’s agenda while constructive ideas for the future are conspicuous by their absence. We are also seeing many influential institutions, organizations, even governments gradually facing collapse when their actions and manifestations are colliding with the core values of the individuals they are made up by. We see how this friction generates a new spine of idealism with the aim to shift back the focus from simplified, one-dimensional explanations to contexts where the full spectrum of intricate details appear and where the multitude of voices that surround us are present.

The orchestra is for me a dynamic platform for exploring the relation between the individual and the collective, and for examining the vulnerable communication among an institution and its members. The orchestral structure consists of two harsh, mechanic, contrasting blocks that are gradually transformed by different influencing elements that trigger the blocks to interact and entwine.

One of these elements consists of fragments of recent songs that have become symbols for democracy and human rights, a unifying force in the fight against different types of discrimination around the world.

The second influencer is the voices of the orchestral members, consisting of individual initiatives that appear from a distance as collective clouds of noise.

The third influencer is the typewriter; for me the ultimate symbolic representation of dedicated writing of carefully reflected texts, used by courageous individuals who are quietly opposing a current oppression.

Something that keeps my spirit ebullient is the fact that today in 2018, anyone can make their own choice of “typewriter,” and by the power of the word start a wave of supportive actions for maintaining democracy. 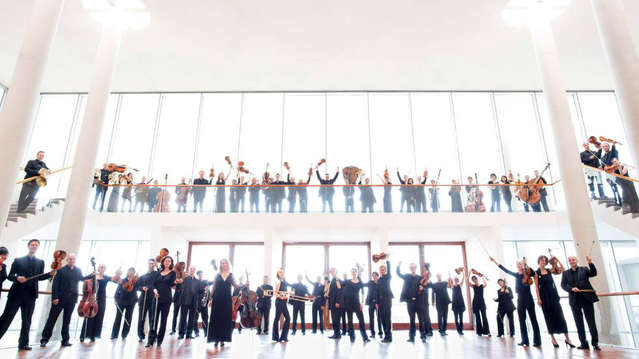